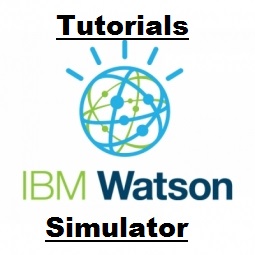 A Device simulator is a type of software or environment where an application runs as if it is running into in the real world and producing the output. Example when learning cars there are simulators where a beginner given a real environment though it is actually not. It is a virtual condition and feels like he is running a car.

So same way an IBM Bluemix IOT simulator is a type test environment available for developers where they can run their application and test all functionality of the application. They no need to attach any physical hardware or circuit producing the real time data. In Cloud Storage IBM Iot Platform a Device Simulator is offered freely with all features needed for developing any application. Now developers are free to test their devices and application in the simulator without using a piece of hardware or circuit. There they can built and run their programme and devices prior to deploy.

Using device simulator in Bluemix IBM Watson iot platform a developer can simulate new designed devices or existing already registered devices. It helps the developers to understand the real time working of IBM Watson Iot Simulator with devices to customize the devices and schedules the payloads.

It makes development easy and understandable where testing can be done by simulating upto 50 devices as if they are running and connected with IBM Cloud Storage Watson IOT Platform and produces the data.

DHT22/DHT11 Sensor With IOT Watson Simulator Example
In the following example we can see how we can connect the temperature sensors like DHT11, DHT22 and LM35 with Watson IOT Simulator and can see the real time data. First we need to register the sensors with the IOT Platform and create device types. After creation the device types with device credentials, we need to switch on the device Experimental Features in the settings, this way we can see the data output on the IOT Watson Platform.

2. Next step after activating the simulator you will see Device Simulator window on the right hand side of the window at the low side. See below. 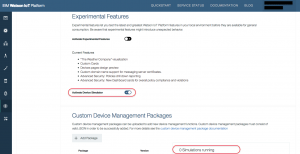